Is it possible to integrate Google Workspace tools such as Calendar, Sheets, and Forms with Workflows? For example, can you trigger a workflow from a Google Form or a Sheet? Turns out, this is not only possible but also easier than you might think. Let me show you how with a sample use case.

Imagine you are an administrator in charge of allocating virtual machines (VM) in your cloud infrastructure to users. You want to capture user requests with the specifications for the VMs, have an approval step for the request, and then create the VM with an automated process.

You can implement such a process as follows: 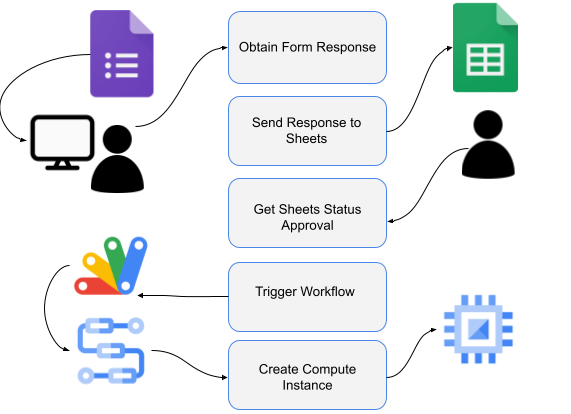 Let’s take a look at each step in more detail.

Create a Google Form to capture the VM creation request from users.

Go to Google Forms and create a new form similar to the following: 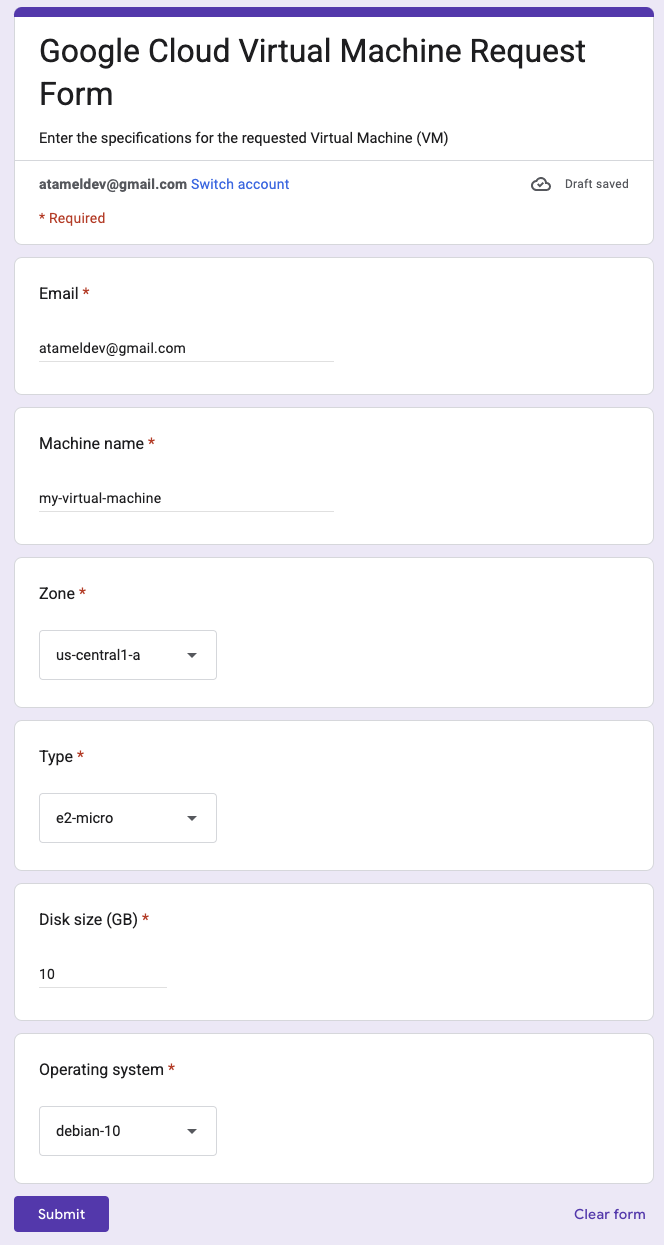 Make sure you have the Collect email addresses option selected under settings. You’ll need an email address when creating the VM later.

Create a Google Sheet to capture the responses from the form. Under the Responses tab, click the Create Spreadsheet button.

This takes you to the spreadsheet with the responses. In this spreadsheet, add an Approved column with a checkbox:

This checkbox will be used to trigger a workflow to create the VM.

Create an Apps Script to watch for the Approved checkbox.

Go to the Triggers section and create a trigger from the sheet to the Apps Script when the sheet is edited: 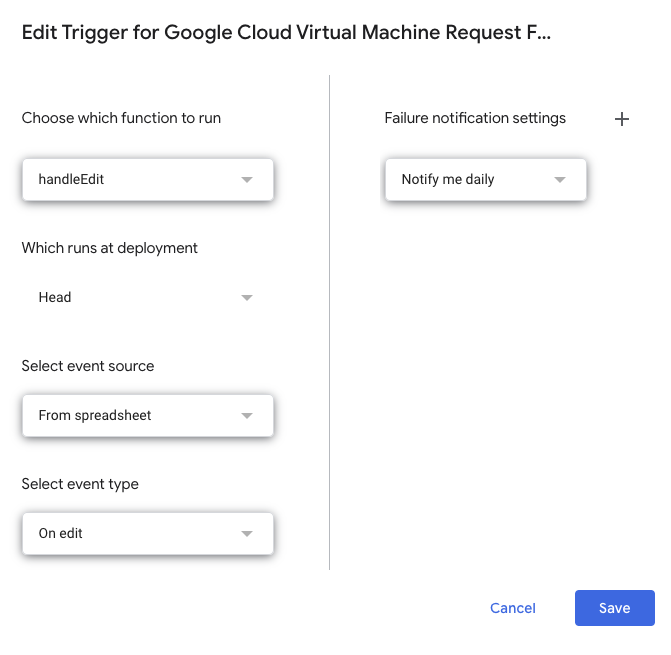 Make sure you have a Google Cloud project and the project id is set in gcloud:

Go back to the sheet and select the Approved checkbox for the entry created earlier:

In the Apps Script console, you can see a new execution:

In the Workflows console, you can also see a new execution:

And finally, in the Compute Engine console, you can see that a new VM is being created:

From now on, whenever a user fills the form, you’ll see a new entry to the Google Sheet. When you approve it by selecting the Approved checkbox, the VM will be created automatically by Workflows!

This is just one example of how to integrate Google Workspace with Workflows. If you have questions or feedback, feel free to reach out to me on Twitter @meteatamel. Thanks to our summer interns Cheran Mahalingam and Michael Yang, who validated the pattern and created the initial sample.