Cloud Code has been providing IDE support for the development cycle of Kubernetes and Cloud Run applications for a while now. I’m happy to report that the Dec 2022 version (1.21.0) of Cloud Code now supports Cloud Functions!

In this first release of Cloud Functions support, you can:

If you’ve been working with Cloud Code, you likely already have it installed in VS Code. You just need to make sure you have the Dec 2022 version (1.21.0) of Cloud Code by checking it under extensions:

If not, you can follow the installation instructions here.

You’ll notice a new Cloud Functions browser on the left. Here, you can see a list of deployed functions as well as details of your functions such as the trigger type (HTTP triggered, event triggered) and the runtime (Node.js, Java, .NET, etc.) of the function. 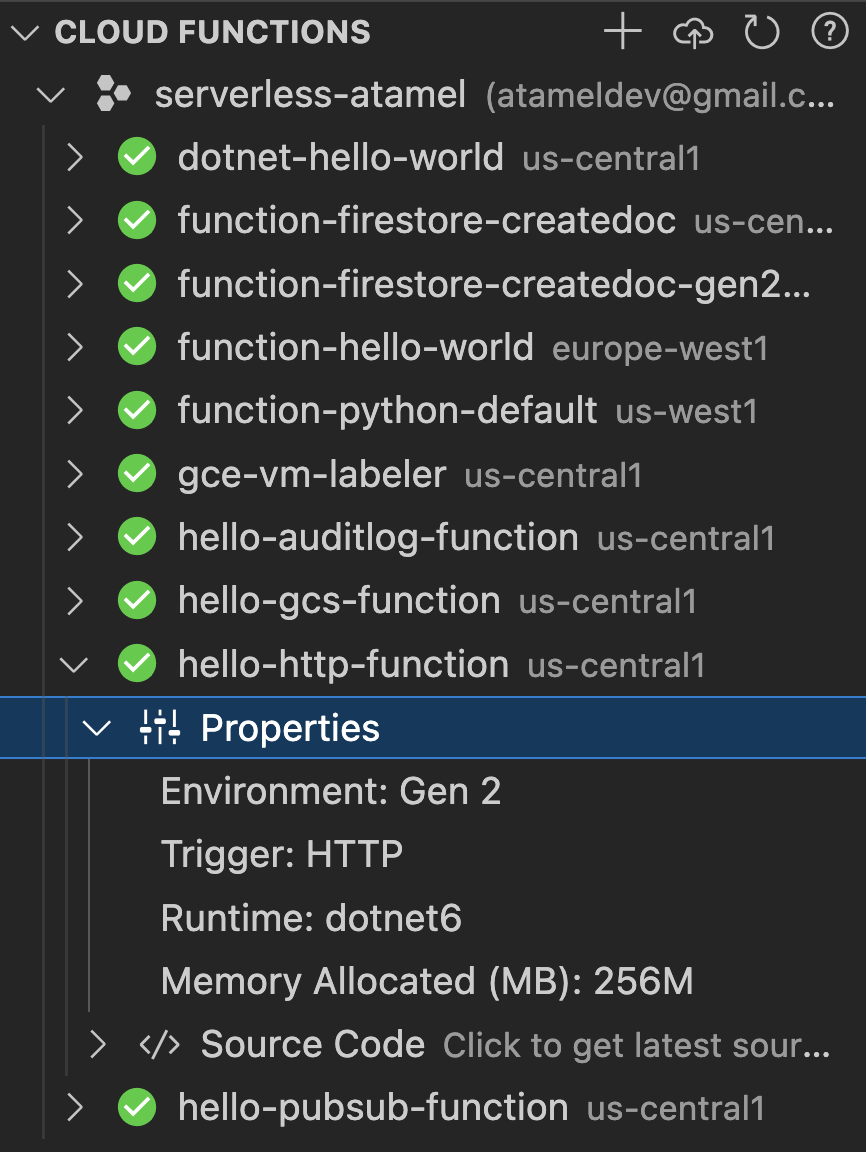 You can quickly test HTTP triggered functions by right-clicking and selecting Invoke function via HTTP. This sends an HTTP request with the right authentication header to the deployed function.

Create and deploy a new function

You can also create and deploy a new function from Cloud Code.

To create a new function:

This creates a new workspace, with an HTTP-triggered Hello World Cloud Function and with the language you chose.

To deploy the function, click the deploy icon next to the workspace folder and follow the prompts to choose your project, region, and runtime.

You can also edit an already deployed function by downloading it to a new workspace: 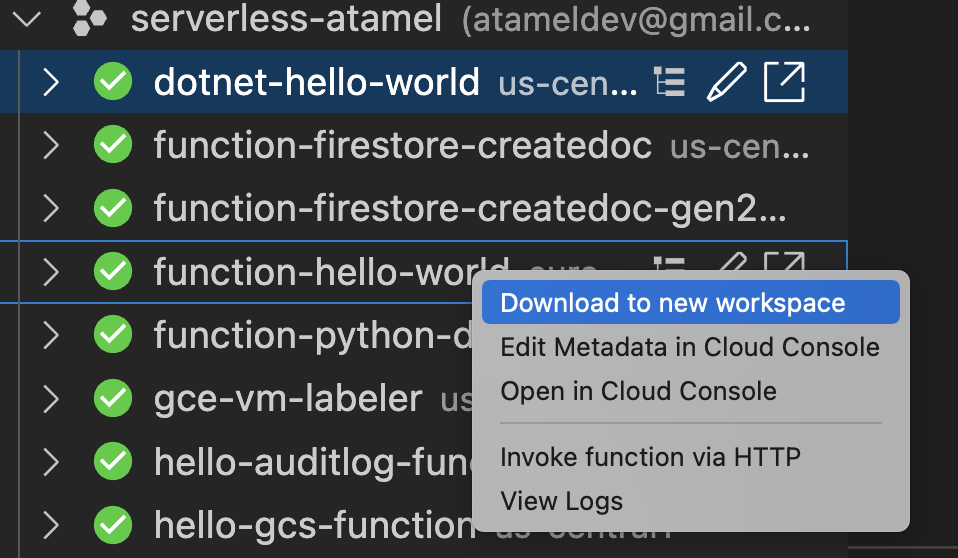 This downloads the code of the function locally to a new workspace. Once you make the edits, you can deploy it, similar to deploying a new function.

View logs of a deployed function

Once you have the function deployed and running, you can view the logs by right clicking on the function and selecting View logs. This opens up the logs viewer in Cloud Code: 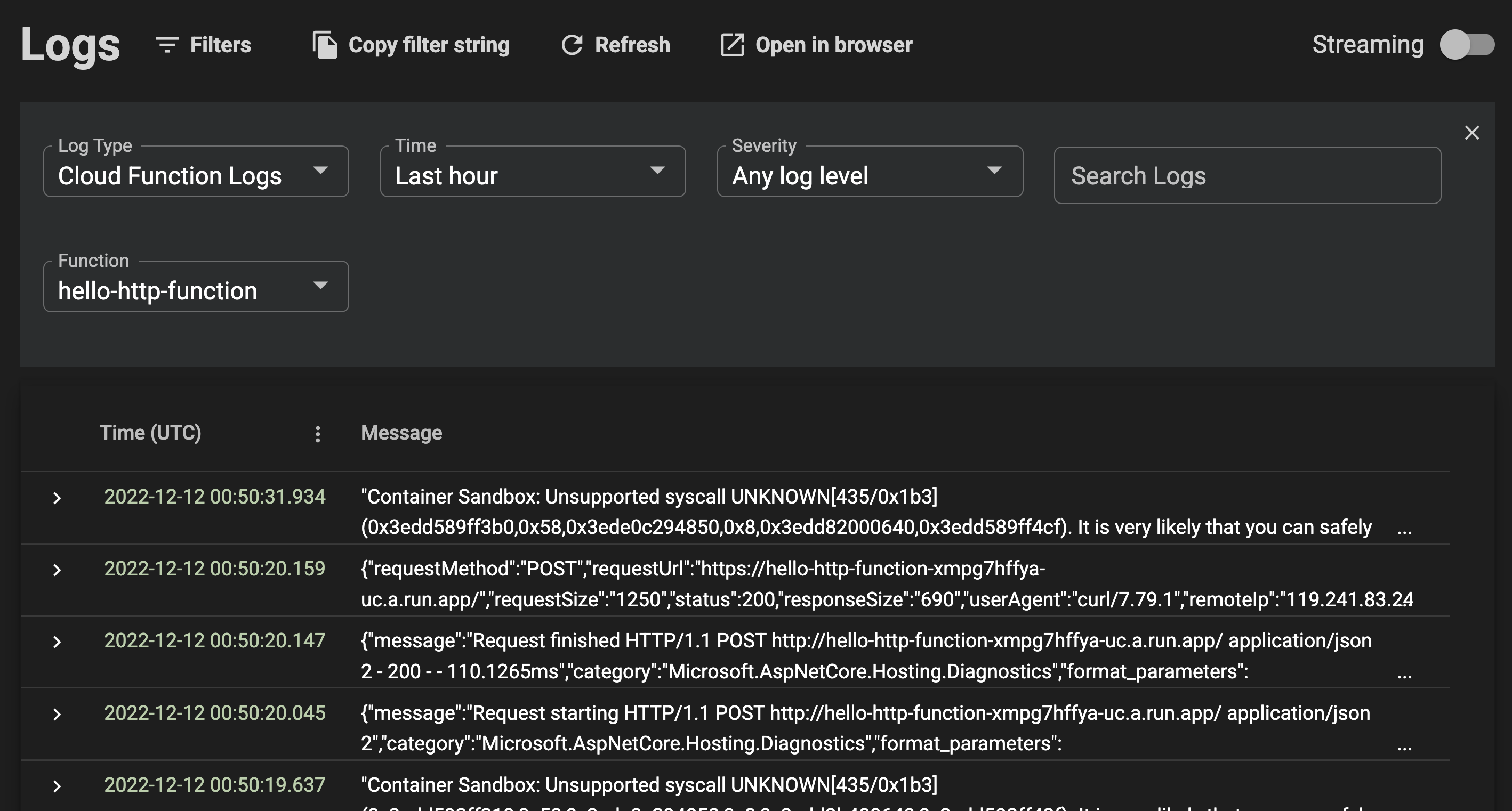 On the last point, Cloud Code provides an excellent extension mechanism where you can add templates for sample applications. In a future blog post, I’ll show you how you can create and use your own templates for some of these missing features such as .NET functions and event-triggered functions.

Check out Create and deploy a function with Cloud Code for VS Code for official docs and reach out to me on Twitter @meteatamel if you have questions or feedback.