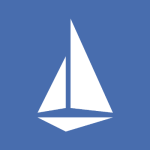 I’ve been recently looking into Istio, an open platform to connect and manage microservices. After Containers and Kubernetes, I believe that Istio is the next step in our microservices journey where we standardize on tools and methods on how to manage and secure microservices. Naturally, I was very excited to get my hands on Istio.

While setting up Istio on Google Kubernetes Engine (GKE) is pretty straightforward, it’s always useful to have a local setup for debugging and testing. I specifically wanted to setup Istio on my local Minikube Kubernetes cluster on my Windows machine. I ran into a few minor issues that I want to outline here in case it is useful to someone out there.

I assume you have a Minikube cluster setup already and running. If not, you can check out my previous post on how to setup and run a Minikube cluster on your Windows machine. Istio has a Quickstart tutorial for Kubernetes. I’ll follow that but it’s Linux-centric and some of the commands have to be adopted for Windows.

Here is the command to download Istio from Quickstart:

This is a Linux shell command and it won’t work on Windows cmd or PowerShell. Thankfully, someone already wrote an equivalent PowerShell script here. I used the script as is, only changed the IstioVersion to 0.5.1, the latest Istio version as of today:

The script downloads Istio and sets an ISTIO_HOME as environment variable.

Then, I added %ISTIO_HOME%\bin to PATH to make sure I can run istoctl commands.

To install Istio and enable mutual TLS authentication between sidecars, I ran the same command in the quickstart:

And verify that all the Istio pods are running:

Deploying an app is a little different on Windows as well. To deploy the BookSample app with Envoy container injection, this is the command you would normally run on Linux:

The redirection causes problems on PowerShell. Instead, you can first run the istioctl command and save it to an intermediate yaml:

Then, you can apply the intermediate yaml:

With that, you will have BookInfo app deployed and managed by Istio. Hope this was useful to get Istio + Kubernetes running in Minikube on Windows.

Originally published at meteatamel.wordpress.com on February 19, 2018.